The Announcement comes 32 days before the presidential election. The White House physician says Trump will “continue carrying out his duties without disruption.” 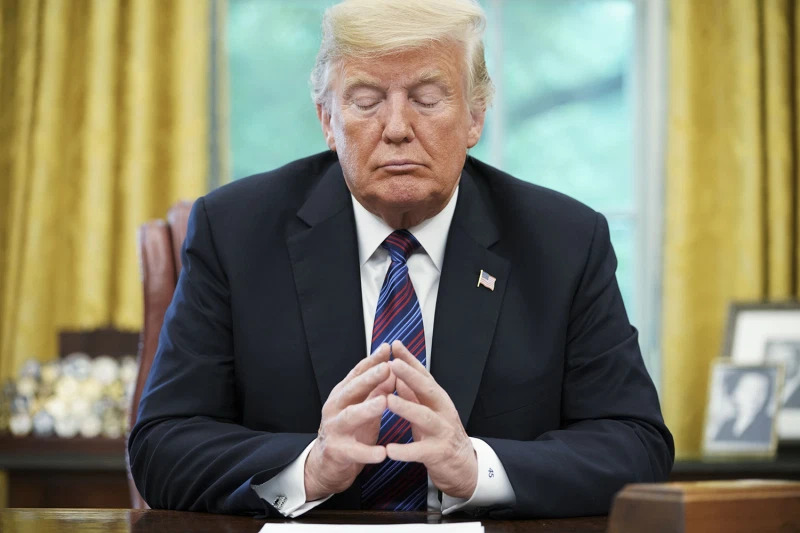 President Donald Trump has tested positive for the coronavirus, a destabilizing event that comes after he spent months downplaying the severity of COVID-19, refusing to regularly wear a mask, undercutting the government’s top scientists, and so severely mismanaging the nation’s response to the pandemic that more than 200,000 Americans are now dead.

Since the very beginning of the pandemic that has killed more than 1 million people worldwide, Trump has said the coronavirus “will disappear,” that “it will go away,” and that it is “dying out,” as it has continued to spread across the US. Millions of Americans who support him have taken his lead throughout the pandemic, and some believe COVID-19 is a hoax and that wearing a mask is unnecessary.

Tonight, @FLOTUS and I tested positive for COVID-19. We will begin our quarantine and recovery process immediately. We will get through this TOGETHER!

Melania Trump tweeted, “As too many Americans have done this year, @POTUS & I are quarantining at home after testing positive for COVID-19. We are feeling good & I have postponed all upcoming engagements.”

“The President and First Lady are both well at this time, and they plan to remain at home within the White House during their convalescence,” Sean Conley, the physician to the president, wrote in a memo to the White House press secretary.

“The White House medical team and I will maintain a vigilant watch, and I appreciate the support provided by some of our country’s greatest medical professionals and institutions,” Conley added. “Rest assured I expect the President to continue carrying out his duties without disruption while recovering, and I will keep you updated on any future developments.”

According to White House officials, Trump is experiencing “mild symptoms.” The New York Times reported that the president has “cold-like” symptoms, adding that “he seemed lethargic” at a fundraising event Thursday.

The president canceled his packed schedule of in-person events for Friday, which was to include a roundtable with his supporters at his Washington, DC, hotel and then a MAGA rally in Orlando, Florida.

Trump’s getting the coronavirus is another in a long line of destabilizing events as the most hotly contested presidential election in modern memory draws near.

Many people who contract the virus have limited health concerns, outside of a cough, high fever, or shortness of breath; some people are not symptomatic at all. Trump, who is 74 and medically overweight, is at higher risk of becoming seriously ill, according to guidelines from the Centers for Disease Control and Prevention. Older people have a higher risk of being hospitalized and dying as a result of COVID-19.

It is not immediately certain what Trump having the virus will mean for how his administration functions in the short term.

Under the Constitution’s 25th Amendment, if the president determines he is incapacitated, the vice president can take over his responsibilities as “acting president.”

The vice president’s press secretary tweeted that Pence is tested daily and that he tested negative for COVID-19 Friday morning.

Trump has been holding regular large-scale campaign rallies over the last month as he fights for reelection against Democratic nominee Joe Biden. At those rallies, social distancing is largely ignored and many supporters do not wear masks. In Washington, he’s resumed regular White House news briefings, ostensibly to provide updates on the US fight against the coronavirus but often primarily to attack Democrats and reporters. At those conferences, he has regularly said reporters are difficult to hear because of their face coverings and asked them to take off their masks.

On Friday morning, Biden wished Trump well via Twitter. “Jill and I send our thoughts to President Trump and First Lady Melania Trump for a swift recovery,” he said. “We will continue to pray for the health and safety of the president and his family.”

Trump is said to be regularly tested for the virus. He first tested negative for COVID-19 on March 14, after he reluctantly took a test following close contact with multiple foreign officials who had tested positive for the virus.

Up until the stock market began to collapse in early March, Trump had aggressively played down the threat the coronavirus posed to Americans as it spread through Asia and Europe, frequently saying throughout late January and February that the US would be “fine,” claiming that warm weather would make the virus disappear, and praising his administration’s response.

The Coronavirus is very much under control in the USA. We are in contact with everyone and all relevant countries. CDC & World Health have been working hard and very smart. Stock Market starting to look very good to me!

Even as he put the vice president in charge of the government’s coronavirus response at the end of February, Trump insisted that the risk to Americans was “very low” and that his administration was “ready” for the potential of community spread of COVID-19. Asked at a March 4 news conference how he would prevent panic over the outbreak, the president said, “I don’t think they’re panicking. I don’t think people are panicking. I said last night — we did an interview on Fox last night, a town hall. I think it was very good. And I said, ‘Calm. You have to be calm.’ It’ll go away.”

Trump began to take the outbreak more seriously in early March, but there were miscommunications and errors that confused and slowed the federal response. In an Oval Office address on the virus on March 11, Trump spread confusion by getting three significant portions of his administration’s response wrong, including on a planned restriction on travel to the US from Europe.

That month, he told Bob Woodward that he was intentionally underplaying the virus, according to an interview published by the journalist in September.

“I wanted to always play it down,” Trump said then. “I still like playing it down because I don’t want to create a panic.”

Trump held daily briefings with the Coronavirus Task Force throughout March and April, but shifted over that time from emphasizing social distancing and eliminating handshakes to arguing that the US economy should be allowed to reopen, after many states and companies halted most work deemed nonessential.

Those daily briefings ended in April soon after Trump suggested that experts try to find a way to bring ultraviolet light inside people’s bodies to eliminate the virus, or that scientists should try injecting people with chemical disinfectants. In the weeks and months following, Trump became fixated on economic reopenings, spurning interventions like mask use that scientists have recommended to lessen the risk of spreading or catching the virus.

He consistently insisted that the rise in coronavirus cases in much of the country over the summer was just a factor of the US conducting more tests, a claim discounted by high testing positivity rates, hospitalizations, and rising deaths in states like Florida, Arizona, and Texas.

The White House later said Trump was joking about that request; Trump then said he doesn’t joke. Several campaign staffers who helped set up the rally tested positive for COVID-19.

By late summer, Trump was pushing for schools to reopen in a bid for reelection, questioning the guidance of top health officials like Anthony Fauci, who cautioned those decisions needed to be made on a case-by-case basis according to levels of transmission in different communities. Behind the scenes, White House officials pressured the CDC to downplay the risks of coronavirus transmission among children.

By September, Trump began openly pushing that a vaccine would be ready by Election Day, alarming scientists concerned about political pressure on the FDA and declining public confidence in the vaccine.

Meanwhile, Trump has continued to push the idea that, perhaps, the pandemic is “rounding the corner” and “would go away even without the vaccine.”

Alongside his new White House science adviser, Stanford neuroradiologist Scott Atlas, Trump began falsely pushing the idea that we could reach “herd immunity,” the point when enough people have immunity to the virus that it stops spreading. Atlas has posited that herd immunity may be closer than we think because people who have had some common colds may have protection from the virus. Scientists have vehemently disputed both points.

According to Fauci, the idea that the pandemic is dying out “makes absolutely no sense at all.”

Kylie Jenner Sent Stormi To Her First Day Of School With A $12,000 Hermès Backpack, And People Have Thoughts 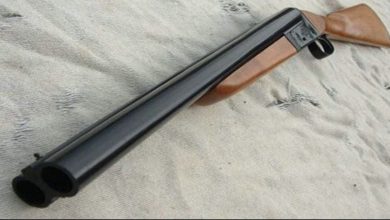 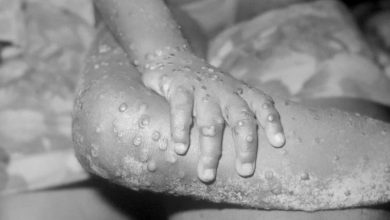 Rare monkeypox outbreak in U.K . Europe and U.S What is it and should we worry ? 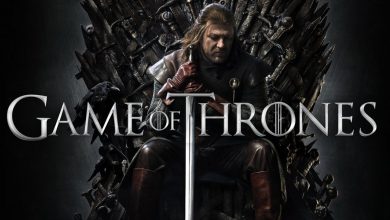 ‘Game of Thrones’ Prequel ‘House of the Dragon’ Trailer Revealed 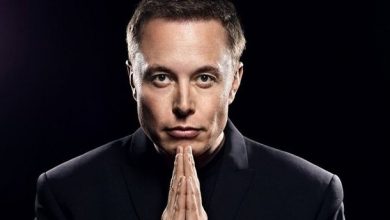